Above should be a link to our first outing as Ifinc; the transcendental Big Water. A trip up the Murrumbidgee River on Ralph’s boat filmed by Matt Olsen, projected on a corrugated iron screen hung off the Wagga Wagga Civic Theatre. Live original music performed by Ifinc legends, Clare, Harley, Tamaris , Wayne, and singer Meredith.

Recorded at The Black Swan Hotel in North Wagga Wagga, this is a story of Charles Buffrey, the man who rode the white bull, and a licensee of this very hotel. Many in the crowd were North Wagga locals who loved the idea of a story about one of their own. They had just come through a flood where the water was a metre high where our Ifinc performers stood. Ifinc strings, Clare and Lauren, Kong Fuzi, soprano Judy, historian Matt, percussion and proper actor Wayne, whipcracker Ralph, art design, Ross. 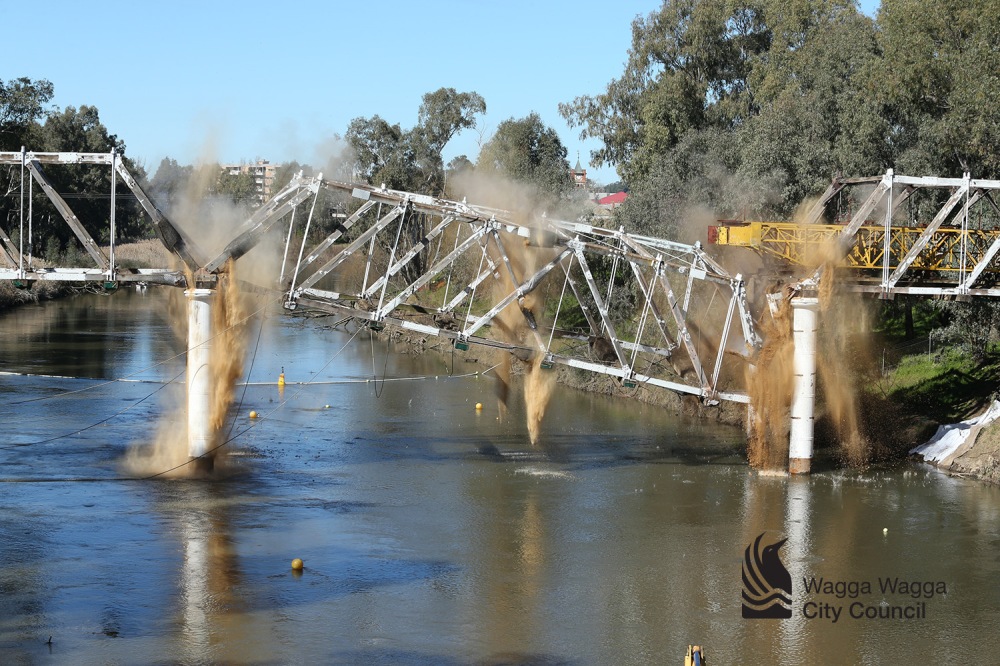 This what happened to the Hampden Bridge that spanned the Murrumbidgee. It wasn’t us. We were against the whole idea, but less romantic types prevailed. Ifinc girded it’s discontent and created BRIDGE, our tribute to massive wooden truss. Same performers again, with additional actors, horn blowers and extra percussionists, Sinead and Pete. Our resident art designer Ross, created a live print in foreground.